The base for Global Dorpers is the Dorsland Dorper stud of Leon van Niekerk, a recognised and well-known breeder in South Africa.  Leon is certainly not the largest breeder in SA but his breeding material is superb and acquired from some of the best genetic material available.  Leon bred several rams that made a meaningful contribution to the Dorper breed in South Africa, including Oscar, Benchmark, Bismarck, Atoom, Oktaan and Diesel.   At the Cheetah Dorper Championship held on 7 August 2009 the Dorsland Stud was nominated as the Breeder of champions, with the most overall points, including the Senior and Grand Champion ram (Smurf), Reserve Senior Champion ram (Habana), Junior Champion ram (Benchmark) and reserve Junior ram (Kookwater). 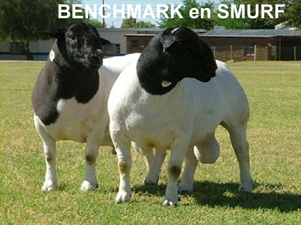 Hennie de Smidt from the Douglas area in South Africa is generally recognised as one of the original fathers of the Dorper breed. He sold his stud to a Dr Hartman who again sold it to Loekie Steenkamp. When the stud came up for sale in 1975, Leon van Niekerk and his father Lorrie, bought the ewes.

1975 – 1990: During this period, the studs of Albie van Niekerk and Ben Cronje were some of the best in SA. Ben Cronje had two rams, Kalahari and Roedolf . Between the two of them and their offspring they won many championships. Leon chose to use the progeny of these 2 rams.

1996 – 2002: During this period Leon did not buy any new rams into his stud. In 2002 Leon became seriously ill and decided to sell most of his stud but kept 132 ewes. After his recovery, he bought some new blood from Philip Strauss, Jannie Visagie, Mickey Philips, Tien Jordaan and Ron van der Merwe.

2004: During this year Leon participated in his first sale, the National Sales in Bloemfontein. At this venue he sold the ram Chester (son of Kettie with the ewe 20144 of Hennie Human) to Koos du Plessis of De Aar.

2005: During the International Sale in Upington this year, Leon started last in the queue of sellers but by the end of the sale, he was 9th. Leon presented the rams: 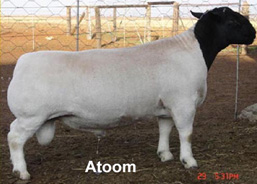 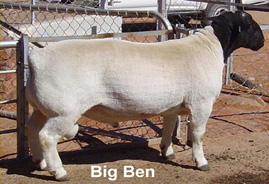 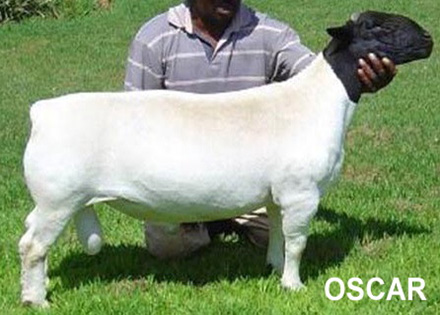 2007: A significant year in the development of Dorsland Dorpers in the sense that: 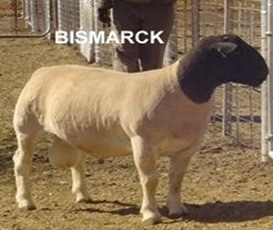 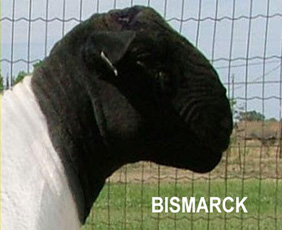 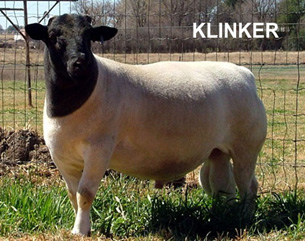 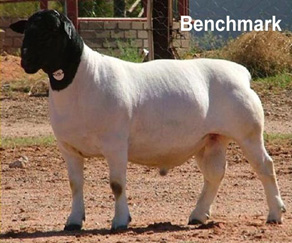 Leon established Global Dorpers in Australia and in 2011 he sold his farm in South Africa. He kept the best of his stud and took up the challenge of a Dorper project for the Government in South Africa, Dorpers Genetics. Dorper Genetics has flushed more than 2000 embryos in two years. In this project the first successful splitting of Dorper embryos in South Africa was performed at Ramsem.

Several well-known breeders are using genetic material from Dorsland Dorpers in their studs and all this material is available through Global Livestock Genetics to the international market.

In 2004 ewe 03407, called Sexy, was joined with Big Ben and produced twins of which one died and the other one was called Atoom. In the same year she was joined with Oktaan and brought forth a ram and a ewe lamb which won their classes at the Cheetah Championship in 2006 while their mother, Sexy, was the Grand Champion ewe. The ram lamb was called Diesel. Diesel is the father of Gilchrist, born in Australia in 2009 and sold to a Brazilian buyer in 2011 for $33 000. 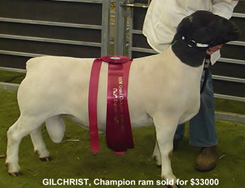 Our best Gilchrist son was Pollock, he died in 2012 at the age of 18months, fortunately we had used him extensively. He produced very feminine ewes and the National Junior Champion ewe in 2013 was from this line. Pollock also fathered Digby and Prince William. Digby was the National Junior Champion ram in 2013. Digby and Ponting share the same mother ewe 090057. Prince William (his mother is called Liefie 090038), won his class at the Bendigo show. 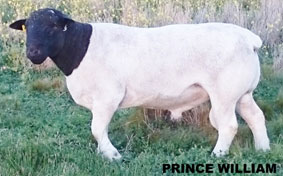 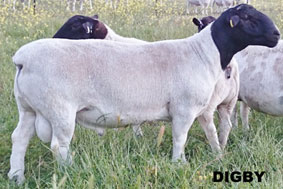 In 2010 Sexy was flushed with Black Cat and one of the embryos ended up in Australia to produce Bradman which was born in Narrabri in 2011. Bradman is a muscular ram with the perfect coverage for a Dorper. He was used extensively in our own breeding program and brought show success for several of our clients. 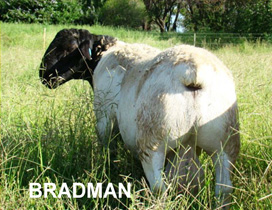 Bradman has made his mark in Australia and was used by several studs. He produced several champions for us and other Australian studs. His one son, Kuiper, is the National Senior Champion ram in Australia for 2014. His half-brother, Kepler, is used for breeding, embryo and semen collection. We have never shown him – he is always working! 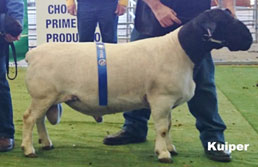 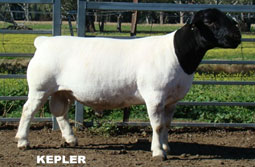 In 2006 ewe 030040 was joined with Rolo to produce 3 lambs, 2 rams and one ewe lamb. The two ram lambs, Rocket and Dollar, were both type 5 rams. The ewe lamb (060273) also a type 5 was flushed with Benchmark to produce the embryo that became Man of War. Man of War is a well-built, soild ram that carries a lot of meat. Man of War fathered Ponting, Reserve Champion in the NSW Championship 2013. Man of War produced 3 Champion and Reserve champion rams in 2012 and 2013.

In a genetics sharing deal with Whynot dorpers, Man of War, on one of their ewes, produced a ewe lamb called Angela (120250) Angela was crowned the National Junior Champion ewe in 2013.

Man of War has been a favourite during 2014 amongst overseas studs for embryo and semen export. Australian breeders also reported excellent results. Stud quality animals were produced where not previously possible. 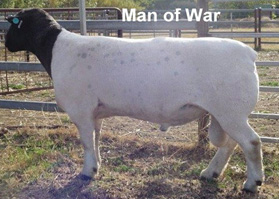 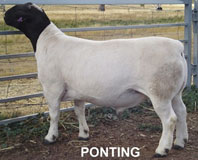 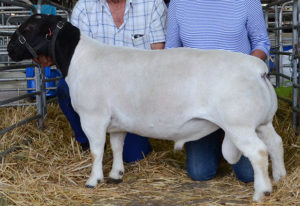